Thanksgiving on the banks of the Whangpoo River 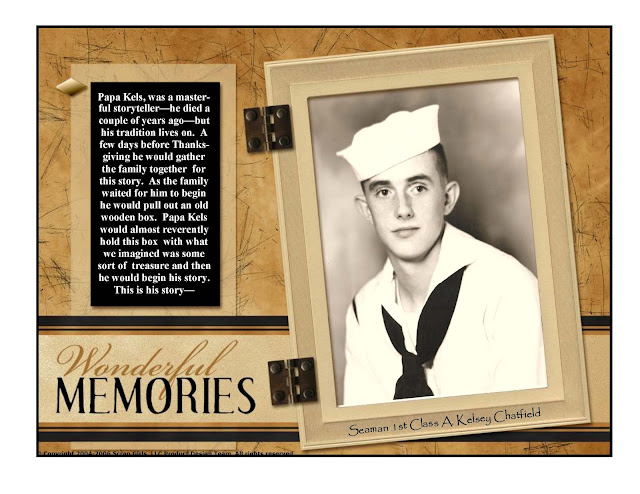 I was standing duty on board our ship when it was anchored in the Whangpoo River (the river that flows through or near Shanghai).  I was watching the people who lived, worked, and slept in their little boats on the river.  They never left the boats, which meant that they used the river as a source for their culinary water and also as a bathroom.

The water in the river was terribly polluted.  One time, the sailors on my ship had been given ‘liberty’ to go ashore.  They piled into a lifeboat and headed for the city.  On the way, another boat crossed in front of them, and the water in the wake of the other boat splashed into the boat that I and my shipmates were in.  The officer in charge of the boat made us turn around and go back to the ship.  The sailors had to burn their clothing and take showers and get shots.  That lets you know how awfully dirty that water was.
The Chinese people had just come out of a brutal war with Japan, and had no resources for providing for themselves.  One of the ways they tried to provide for themselves was to construct a piece of wood and some nails and a rope to make a dragline to drag the river.  (Papa Kels never said so, but we think that the people were after the things that the wasteful Americans threw away--things like construction materials, clothing, and food.)
One time, I noticed that the youngest member of the family on one boat had found something on the bottom of the river and brought it up into the boat.  I thought it was a piece of coal.  The boy tried to hide the thing under his clothing.  I watched as the grandmother boxed the boy on the ears and took the item from him.  A fight ensued, and the biggest and strongest man on board won (of course).  He grabbed the item from the young boy.
At this point in the story Papa Kels would pass the box around and ask us to quietly look inside—after all had seen the contents of the wooden box he would continue his story—
The man took a bite of it, I realized that it wasn't a piece of coal--it was a potato.  The man had eaten the potato that had been soaking in that dirty river water.

He would then remind anyone listening to think of that dirty, diseased yet coveted potato when we saw the big bowl of beautiful, white mashed potatoes on Thanksgiving Day.
During the holiday season may we take many opportunities to be thankful—to express our thanks to our family, friends, neighbors and especially to our Heavenly Father.
Happy Thanksgiving!

Posted by Chocolates for Breakfast at 10:22 AM